I had been traveling from my body to inside my body since March 2020. Every time the trip has been deeper. From this inside came a new body that travelled from my body to the outside. I had experienced all that.

I had been in Aruba few nights dressed up as days in which I had met new people. Some travelled, as I did, from somewhere. I could hug and kiss them freely to then ask myself ‘Is this possible again?’

I can only imagine the place and feed my excitement every time like a hungry door waiting to be opened. It has been quite some time now, living on my imagination. Re-feeding my own dreams, re-walking old paths and building up the imaginary of Aruba. 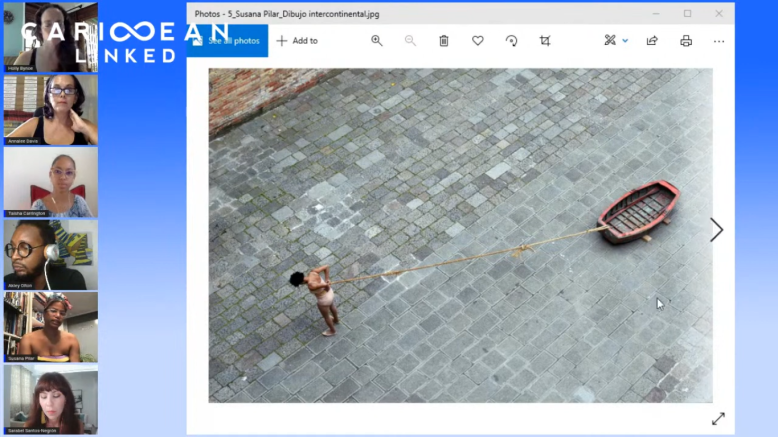 Giving a 3D body to all these faces I met for the first time through a flat screen has been a mission in my dreams. The brain knows these are real people existing somewhere in the world. Me hace recordar cuando de niña veía en television imágenes del mundo outside cuba y constantemente soñaba que volaba. I saw myself been able to trespass the limits of the beach or the Malecon Habanero and fly over the sea. My brain is now doing the same exercise, trying to trespass the borders of a global pandemic.