Unlike many of the other artists here, I am at the beginning of my art career. I am an art student in my first year of a two year preparatory course at Instituto Buena Bista (IBB) in Curaçao. I was initially very unsure of what my role would be during this residency; I didn’t feel like I had the authority and experience to be in the same category as the other artists.

Because I felt I would be out of place, I also felt that I had to prove myself with the work I would produce. But a lot of my work is contextual to my surroundings, so I had to wait until I got to the residency to see what I was going to make. 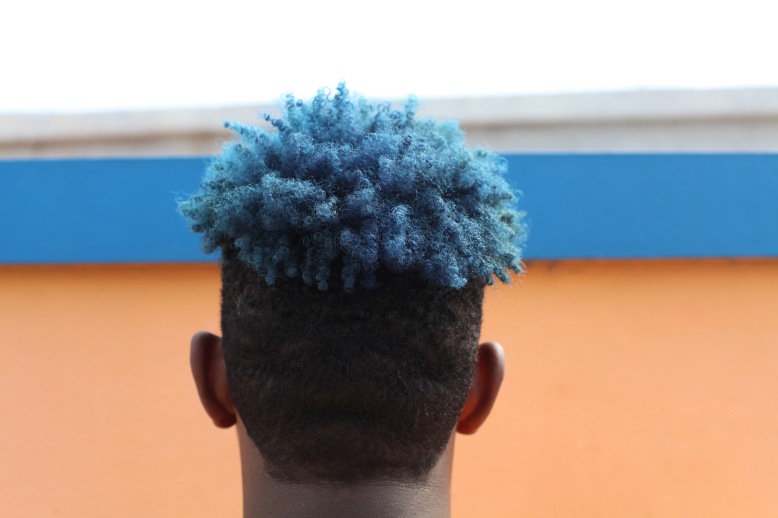 Being from Curaçao (which is a 20 minute flight away) made a lot of what I was seeing in Aruba very familiar. During the tours in the first week we were here, I felt frustrated because it was almost as if I was still playing in my own backyard. Obviously there were slight differences, but they were not very predominant. That’s when I decided to focus more on the reactions of the other artists. They all had completely different cultures and references, so it was interesting to hear how they viewed this environment.

This exchange became especially important to me. There was a particular moment, when we were in the bus driving from one end of the island to another and I was observing the different conversations that were happening around me, that I became mindful of the fact that each person on the bus was from a different place in the Caribbean. It seemed to be quite an unlikely situation that I was in. Even though we are seen as one geographical area, there is a lack of a connection between countries and territories. The more we engaged with each other, the more apparent it became that there is more that unites us than divides us, but for some reason our countries choose to focus more on that division.

As a reaction to this, I started to photograph and think about different barriers and means of separating and dividing spaces. I started thinking about the history behind our existence here in the Caribbean, and what I thought lead to this division. I decided to work with found material that already has its own history and context behind it, and make it my own. This in turn feeds into a common perception we have in Curaçao and Aruba to preserve our history and past in such a way that negates the organic birth it had. I feel as if we commercialize our past, and by doing so we get stuck in time.

Before I got here, I was concerned about my place among these artists, and what the dynamic and my role was going to be. But being part of it now, I can see that everyone is still very much in this  “student” mentality, constantly learning and experimenting with new ideas. Looking at the dynamic in the Caribbean, I applaud the initiative of Ateliers ’89, ARC Magazine, and Fresh Milk, and am extremely grateful to be part of Caribbean Linked IV.